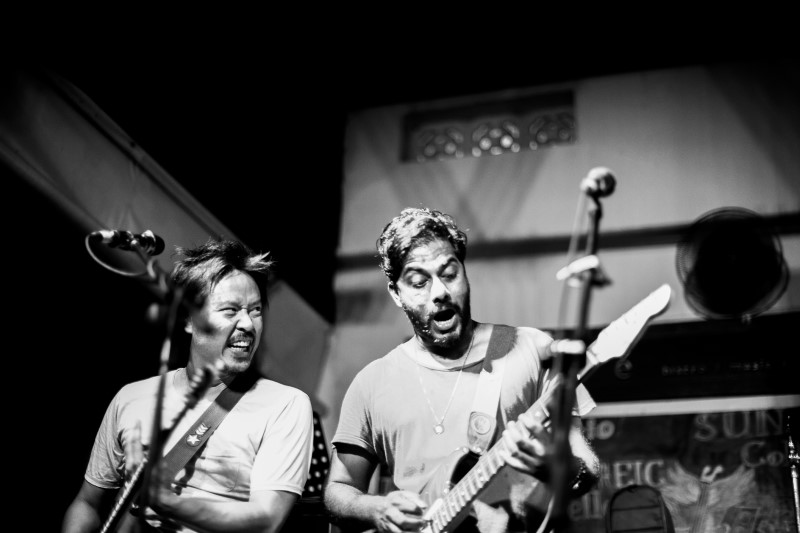 Starting off as solo acoustic musicians more than a decade ago, Jack & Rai came together in 2002 to form an acoustic duo with a chemistry that borders telepathic. Their easy-going and engaging natures makes any audience feel right at home when watching them. The need to explore their more creative side led them to put their heads together to launch their debut album 'In Stores Now!', that featured hit songs like 'The Fa La La Song' and 'Fiona'. Songs like 'Release Me' and 'Pixelated' were also used in World Aids Day campaigns in 2008 and 2009 respectively. 'Television Affair' was featured as the title track for a kids' talent show called 'Junior Jams'.

Since then, Jack & Rai have been busy performing all over Singapore and found themselves playing other roles as well... as the spontaneous duo that were radio guests on Class 95 FM for more than 2 years... occasional emcees, and songwriters, producers and composers of songs like 'As I Am' which was featured on Mediacorp 5's 'Red Thread', 'The Ground, which was the opening title for 'Polo Boys', as well as the soundtracks of OKTO series, like 'Schoolhouse Rockz: The Movie' and 'The Band'. All this while striving to maintain their status as one of the top performing acts in Singapore.

Jack & Rai have built their presence such that aside from appearing at their regular night gigs at bars, they've played numerous public and corporate events, at a plethora of venues in Singapore and the rest of South-East Asia, and earned themselves Elle Magazine's Musician's of the Year in 2009, as well as M:Idea Youth Choice's 'Band I Wanna throw myself at' in 2010 and 2011